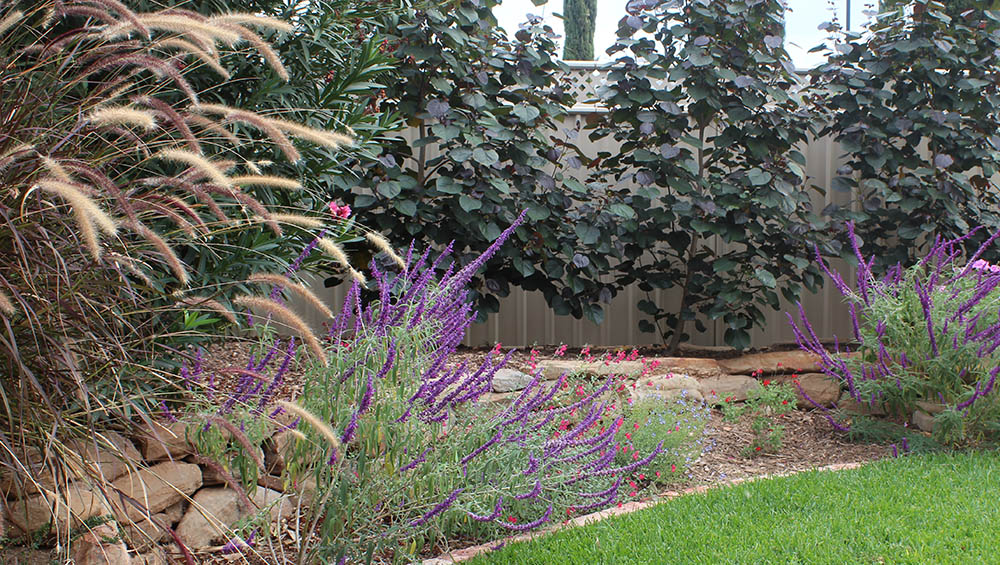 The clients approached Dirtwork Landscapes to help them redesign and build their garden that they had previously spent a lot of time in, building dry stone walls and planting. However, over time it had become overwhelming and consequently an overgrown garden dwarfed by two Peppercorn Trees. The brief was to develop a space that felt like a ‘city park’ to accommodate their two dogs and be more manageable. When the two peppercorn trees were removed, the space was opened up with the remaining Jacaranda providing an upper canopy. Extensive amounts of dry stone walling were retained and designed into the new garden space, with thew addition of more walls to marry the new design into the old. A raised paved entertaining area with a large arbour mirroring the house was opened up with large grassed steps onto the lawn. The beauty of this garden was that the hard work of the clients over the years was retained and incorporated into the new design, proof that gardens are forever evolving. 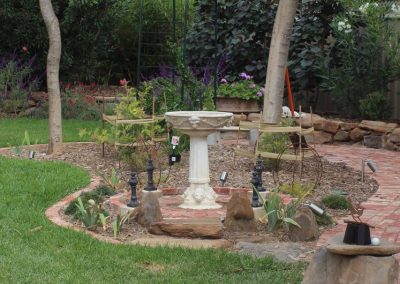 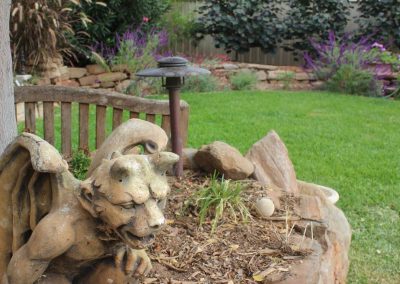 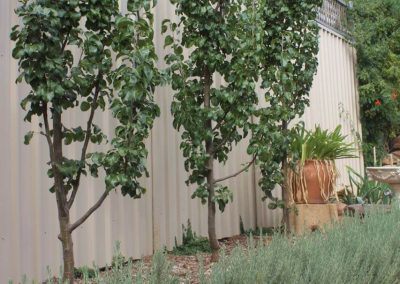 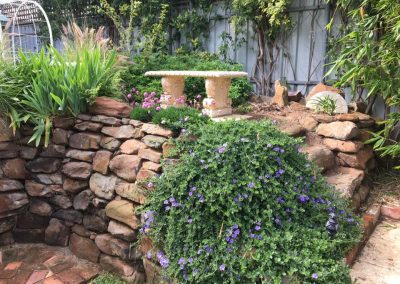 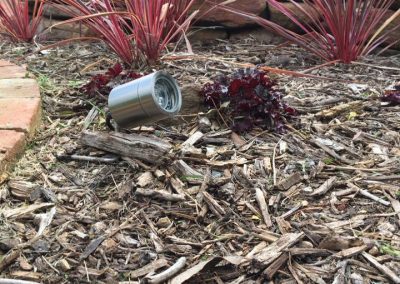 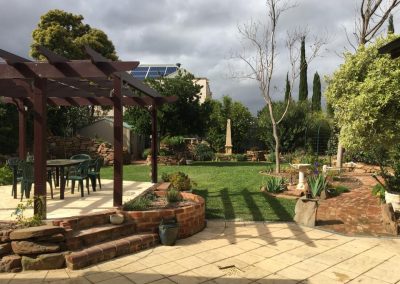 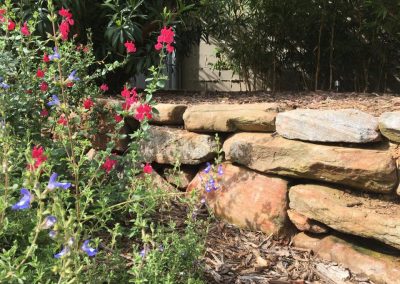 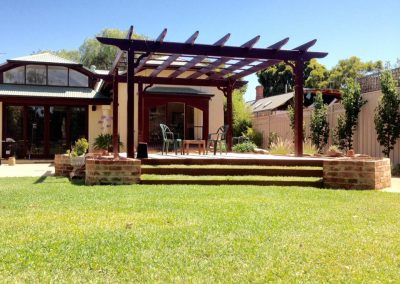 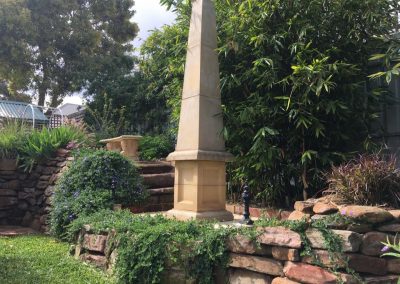 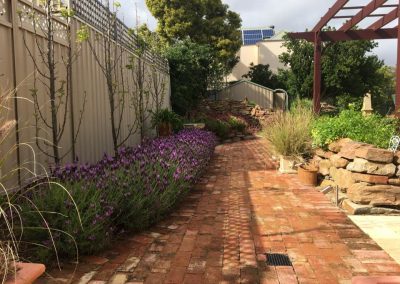 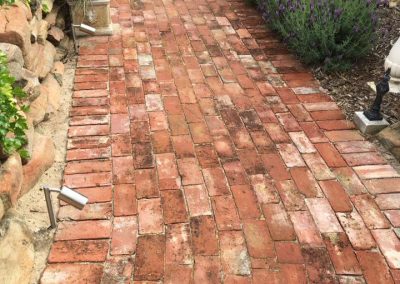 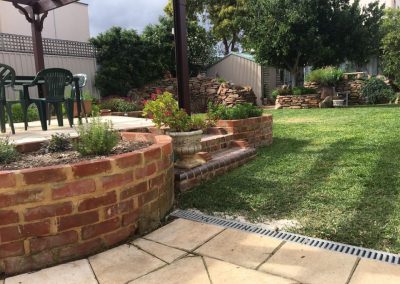 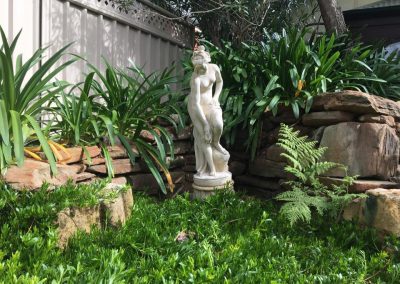 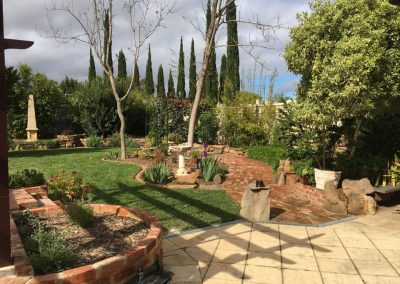 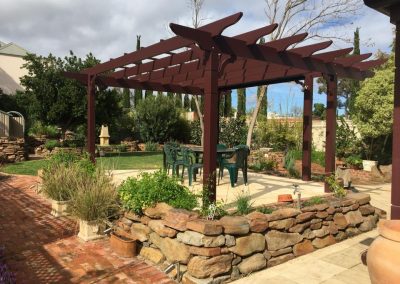 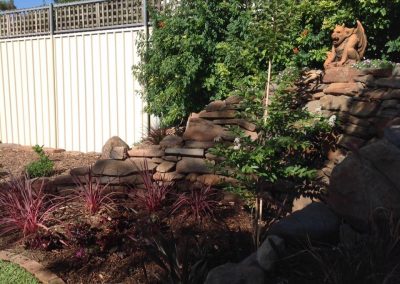 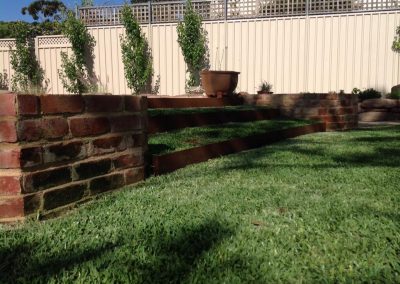